The research led by Vall d'Hebron is a breakthrough in the search for specific and effective treatments for the disease.

A research led by the Clinical Neuroimmunology group of the Vall d'Hebron Research Institute (VHIR) and the Multiple Sclerosis Center of Catalonia (Cemcat) has identified one of the mechanisms that cause neuronal damage in patients with multiple sclerosis (MS). The study published in Clinical and Translational Medicine has shown that inflammation at the onset of the disease causes a change in astrocytes, a type of star-shaped cell of the central nervous system. The affected astrocytes trigger a reaction of the neurons that causes alterations typically observed in this pathology.

The aim of the study was to investigate the effect of inflammation on astrocytes to determine whether they trigger the neuronal damage observed in patients. First, "pure" astrocytes (from healthy mice) were acquired and placed in contact with cerebrospinal fluid. Three groups were made: one with fluid from patients with very active MS and high inflammation; the second with patients with low activity; and finally, with patients with headache unrelated to MS. The secretome, the set of proteins released by a particular organism, from the resulting astrocytes was put into a culture of healthy neurons to study its effect. Neurons treated with the secretome from astrocytes that had been in cerebrospinal fluid from patients with very active multiple sclerosis showed clear signs of neurodegeneration like reduced neuronal complexity and synaptic plasticity. This result was much reduced in mild patients and not visible in those without the disease.

"It was important to have patients without MS to ensure that it was a specific mechanism of this pathology", explains Dr. Clara Matute, researcher of the Clinical Neuroimmunology group at VHIR and Cemcat, who has led the research. She also wants to highlight that "the cerebrospinal fluid was extracted from patients during their first outbreak, so we know that this mechanism is active already in the early stages of the disease".

The first step towards targeted and effective treatments

Once established the causality between the change in astrocyte status and neuronal damage, the next step was to analyze the molecular composition of cells that had been in contact with cerebrospinal fluid from patients with high inflammation. About thirty altered factors were identified, most of them related to NF-kB signaling. NF-kB regulates the body's immune and inflammatory responses. The scientists tried to identify the specific molecules of the NF-kB pathway that trigger the observed reaction, CHI3L1 and SerpinE1 were proposed but further studies are needed to confirm this.

As Dr. Manuel Comabella, principal investigator of the Clinical Neuroimmunology group at VHIR and head of the laboratory at Cemcat, explains, "identifying the biomarkers and proteins that cause neuronal damage is the first step to design more effective and specific treatments, limiting side effects as much as possible. The ultimate goal is to improve our patients' quality of life". Without this first step, the road to a new drug is much more challenging. In short, this study has begun to sketch a map where before there was an empty space between the disease and the lesions caused by it. Scientists now intuit the pathways by which this damage occurs and thus the process of finding treatment strategies, slowing or even reversing the progression of the disease has been simplified. The more detailed this map is, the easier it will be for researchers to find new solutions. 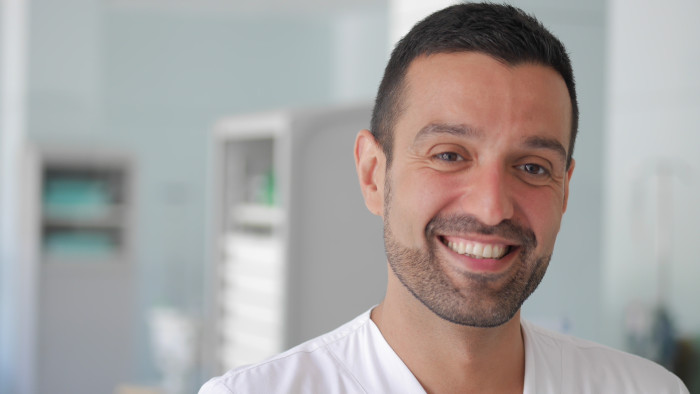 Miguel Ángel Robles awarded for his work with Multiple Sclerosis 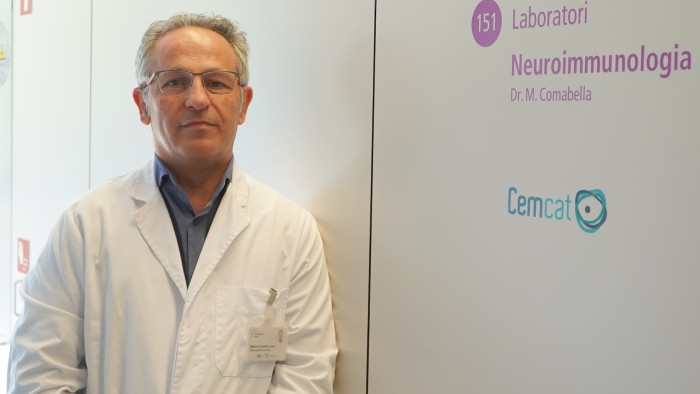 Identified a biomarker that predicts long-term impairment in sclerosis