A study led by the research group on Neurodegenerative Diseases from Vall d'Hebron Research Institute (VHIR) has demonstrated for the first time that the overexpression of TFEB (EB transcription factor) in dopaminergic neurons has a neurotrophic and neuroprotective effect in a mouse model with Parkinson's disease. This opens a way to stop the progression of the disease and to reverse the symptoms. The study has been published in the journal Molecular Therapy.

The neurotrophic effect involves neuronal growth, the activation of the survival pathways that confer neuroprotection and the restoration of the affected neurons. "And this neurotrophic effect is not only capable of preventing neuronal death but also of rescuing neurons that have been affected by the disease", says Dr. Jordi Bové, principal investigator of the research group on Neurodegenerative Diseases of VHIR led by Dr. Miquel Vila. That is to say, neurons that suffer from dysfunction, atrophy, with the overexpression of TFEB recover their normal size and functionality. And that, "added to the fact that overexpression of TEFB is capable of increasing dopamine levels, we have a triple effect: neuroprotective, of neurorescue and of restoration of dopamine levels," he adds.

Parkinson's disease causes a lysosomal deficit and a build-up of protein aggregates such as Lewy bodies. Knowing that TFEB coordinates the expression of proteins involved in lysosomes and in the degradation of autophagy, the researchers tested this strategy and found that the neuroprotective effect of TFEB went beyond the activation effect of the autophage lysosomal system. Thus, they found that "the overexpression of TFEB in dopaminergic neurons had a neurotrophic effect, i.e. an effect at the level of neuronal growth, activation of survival pathways and anti-apoptotic mechanisms", says Dr. Bové, the person responsible for the study.

In relation to this neurotrophic effect they saw that the effect was the same as that already described with other neurotrophic factors. Neurotrophic factors have been tested in clinical trials and one of the possible explanations for failure in Parkinson's disease is attributed to a possible decrease in the regulation of the receptors by which they act, which would render them ineffective. And what allows TEFB overexpression is to activate the intrinsic survival mechanisms, inside the cell, without the need for receptors and avoiding failure.

Apart from this increase in the survival pathways that confer neuroprotection, another important aspect described in this study is the ability to modulate dopamine metabolism. "We have seen that TFEB not only increases the enzymes involved in dopamine synthesis, but also increases the amount of dopamine that can be released," says Dr. Bové. We are therefore talking about a neuroprotective strategy and also a strategy to restore dopamine levels. "And this effect is very important in controlling the symptoms of the disease", he adds.

One way to stop the progression of Parkinson's Disease

The exact cause of neuron death is still unknown today, and drug treatment is based on restoring dopamine levels. Although it allows to initially reverse the symptomatology (decrease in movements, postural instability, tremor at rest, etc.) there comes a time when it stops working and other complications appear. Therefore, "it is very important to establish neuroprotective strategies that stop the progression of the disease", states Dr. Bové.

"In this sense, we propose the overexpression of TFEB as a strategy that can be transferred to the clinic because we have seen that it works in a Parkinson's model in mice. We propose it as an alternative to neurotrophic factors, as they may avoid the reasons why they fail. Although gene therapy is not ruled out for overexpression of TFEB, we are committed to pharmacological activation," he concludes. 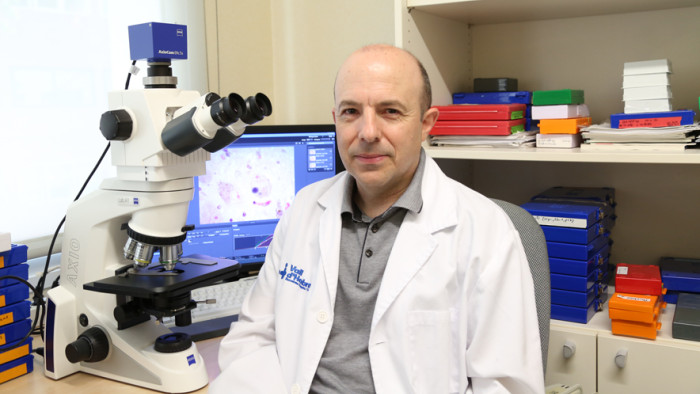