Research led by Dr Fernando Azpiroz points to an increase in gas caused by high metabolic activity in the intestine.

A study led by Vall d'Hebron concludes that the Mediterranean diet increases the activity of the colonic microbiota. This increase in values can be translated into an increase in gas due to the high fermentative activity of the intestine. The research has been carried out by a team of scientists led by Dr. Fernando Azpiroz, specialist of the Digestive System Service of the Vall d'Hebron University Hospital and head of the Physiology and Digestive Pathophysiology group of the Vall d'Hebron Research Institute (VHIR) and of the Neurogastroenterology group of CIBEREHD and has been published in the journal Nutrients.

The aim of the researchers was to determine the effect of diet on the intestinal microbiota, the set of microorganisms found in the intestines. They conducted a randomised, crossover study of the Western diet and the fibre-rich Mediterranean diet by analysing the cases of 20 healthy men. Only men were analysed in order to avoid gender differences influencing the results obtained.

To carry out the research, participants underwent two-week periods for each type of diet. In addition, during the intermediate period of model switching, they underwent a further two-week washout diet. The procedure also looked at the impact of these two diets on their digestive function and the feelings provoked in each individual among other issues.

"This study shows how the Mediterranean-type diet induces an adaptation of the gut microbiota, which allows a more efficient utilisation and better tolerance of the healthy diet rich in plant residues. Interestingly, this adaptive process does not require a major structural change of the microbiota, but is mainly carried out by an adaptation of the metabolic pathways of the pre-existing microorganisms. In other words, the microorganisms themselves learn to use the available substrates more efficiently", says Dr Azpiroz.

The main characteristic of the Mediterranean diet is its high fibre content. In contrast, the Western diet has fewer plant elements and more fat. Therefore, the results of the study show that the Mediterranean diet generates, in comparison with the Western diet, a greater number of gases, flatulence and intestinal noises. In addition, it also generates a higher colonic content.

Despite the differences in the composition of the microbiota between the two models, the study found that the metabolic functions in the organisms are almost identical. However, the study detected changes in some pathways of microbial metabolism. The study also found that the effects of the diets are less evident in individuals with a robust microbiota.

In this regard, the publication states that healthy individuals who change their diet tolerate the change in diet with fewer changes in microbial composition but with differences in microbial metabolism.

The study, awarded the Hippocrates International Prize 2021 by the Royal Academy of Medicine and Surgery of the Principality of Asturias, has counted with the participation of the Vall d'Hebron Research Institute (VHIR), the Autonomous University of Barcelona (UAB), the Center for Biomedical Research Network of Liver and Digestive Diseases (CIBEREHD) and the CSIC of Asturias and Murcia. 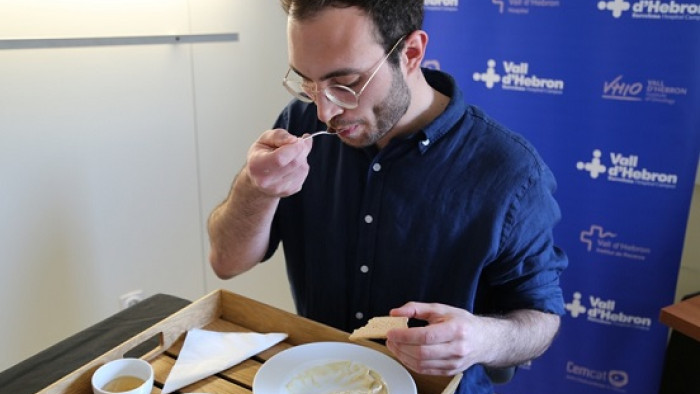