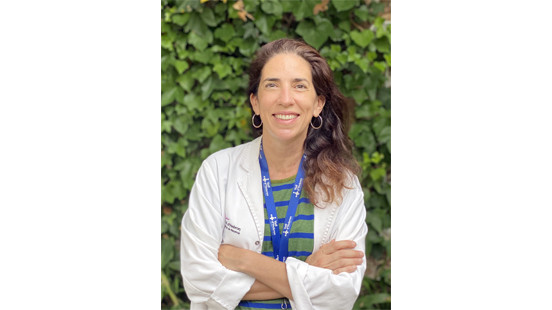 We have approached the study of the role of GBA from a multidisciplinary perspective that includes a basic research project to elucidate the molecular mechanisms that explain the connection between this lysosomal enzyme and neurodegeneration in Parkinson's disease, a clinical research project in the context of the Vall d’Hebron Initiative for Parkinson (VHIP); a longitudinal study for the collection, storage and analysis of clinical data and biospecimen from GBA-related cohorts to identify biomarkers of Parkinson's disease risk, stratification, and prognosis. And finally, we have active translational projects to develop new therapies for Parkinson’s disease based on the restoration of lysosomal GBA activity in the central nervous.

I received my degree in Chemistry/Biochemistry and a Ph.D. in Biochemistry from the University of Valencia. From 2004 to 2008, I worked as a postdoctoral researcher at the laboratory of Dr. Ana Maria Cuervo at the Albert Einstein College of Medicine (New York, USA), focusing on the role of autophagy in neurodegenerative diseases and aging.

In 2010 I obtained a tenure-track position as Miguel Servet I in the Neurodegenerative Diseases Group of the VHIR and since January 2016 I became VHIR Senior Researcher (Miguel Servet II-A).

Currently, the efforts of my team are devoted to studying the role of autophagy in neurodegeneration. Alterations in the autophagy process have been associated with neurodegenerative diseases including Parkinson’s, Huntington’s, and Alzheimer’s disease, and autophagy is one of the main causes that contribute to neuronal death in these pathologies. Our efforts are currently directed to: 1) Study the role of autophagic and lysosomal dysfunction in Parkinson’s disease; 2) Development of new therapies for Parkinson’s disease based on the restoration of lysosomal glucocerebrosidase (GBA) activity; 3) Unravel the link between Parkinson and lysosomal storage diseases, 4) Characterize the defective lysosomal-mediated turnover of mitochondria and aggregates in Huntington’s disease and its contribution to neurodegeneration.

I’ve been able to turn my group into a reference group in the study of autophagy in neurodegeneration and aging. This position is endorsed by our publications, projects, dissemination activities, and participation in scientific organizations. Bibliographic parameters: h-index: 32. Citations: >13.000, Publications: 51 scientific articles. I’ve been PI of several research projects funded by public agencies like ISCIII and MINECO as well as private entities such as the Michael J. Fox Foundation, the Silverstein foundation, the BBVA Foundation, and La Caixa Foundation, in addition, I have also been PI in several collaboration agreements with private biotech companies.

I’m a member of the Network Center for Biomedical Research in Neurodegenerative Diseases (CIBERNED), a member and part of the management committee (board member) of the Spanish Autophagy Network (SEAFAGIA), a member and part of the management committee of the European COST TRANSAUTOPHGAY network, member and part of the Scientific Advice Committee of the Women in Autophagy (WIA), member of the Spanish Society of Biochemistry and Molecular Biology (SEBBEM), and member of the Association of Women Researcher and Technologists (AMIT). As a member of these scientific societies I participated in the organization of national and international scientific conferences and I am a member of the Editorial Board of Cells (ISSN 2073-440). I am in possession of the accreditation of Associate Professor/Researcher by the Agència per a Qualitat del Sistema Universitari de Catalunya (AQU). ORCID: 0000-0001-7053-2625; ScopusID: 6505950559; ResearcherID: K-4312-2014