The new building will be completed in 2019, with work expected to commence during the first quarter of 2018. The team of Catalan architects formed by BAAS Arquitectura i Espinet/Ubach won the tender to build the new VHIR building and change the layout of the Vall d’Hebron Campus. Their design was selected from five finalists by an international panel comprising well-known architectural figures.

The proposal from the team led by Jordi Badia, Antoni Ubach and Miquel Espinet solves the issue of internal mobility within the Campus using a vertical axis of escalators. It also eliminates internal vehicle traffic and allows the Campus to be opened up to neighbouring areas. With regard to the new research building, structured through a system of courtyards and squares, it will have an expandable area of 5,000 m2 and budget of €15 million.

The area earmarked for the construction of the new VHIR building is on the same plot as Vall d’Hebron Barcelona Hospital Campus, where the hospital laundry (no longer in use) was located. For the construction of the new building, VHIR has been granted part of the funding by the European Union, through ERDF (European Regional Development Fund). This will fund 50% of the capital required. The rest will be co-financed by foundations, companies and citizens.

The Vall d’Hebron Research Institute has grown constantly since it was first founded. Up until now, this growth has not been accompanied by a corresponding development in the infrastructure. As a result, the more than 1,400 people who currently work at the VHIR are spread across different buildings on the Vall d’Hebron Barcelona Hospital Campus. The new building will bring together this talent and give them the infrastructure to allow them to enhance their competitiveness and excellence.

The new VHIR building is a project that solves a current situation, but above all it does it thinking about the future and about knowledge transfer. To enhance this aspect, the new VHIR building will host a business centre, a key factor in the process of internationalisation of the Vall d'Hebron Barcelona Hospital Campus, a meeting point for companies, investors and industries in the sector. It will also allow us to support our researchers to take the step towards transferring their knowledge for the purpose of creating companies and attracting biotechnology and pharmaceutical companies that want to promote part of their activity in conjunction with our research groups.

The VHIR will have the opportunity to plan a new challenge: the creation of an Advanced Therapies and Biomedicine Centre, to lead innovative research into gene transfer, cell transplant and tissue engineering, at the same time guaranteeing its preclinical and clinical development, with the aim of giving patients access to these treatment methods.

Talent attracts talent. That is why the new VHIR building has an area especially for dissemination and several spaces for teaching. It is vital to explain what researchers are doing, both to the scientific community and to society in general. New spaces to explain human stories of scientific progress. An incubator for knowledge in the service of society. 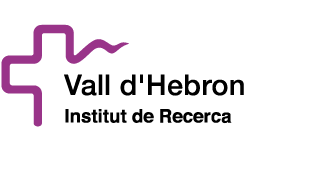 Dr. Maria Luisa Aznar is invited to a meeting with the President of Angola and King Felipe VI on the occasion of Vall d'Hebron research projects in the African country 28/09/2021

Iron deficiency is associated with larger infarctions and increased risk of adverse ventricular remodelling, according to a new study of Vall d'Hebron 22/09/2021

Families with transplanted children feel more understood due to the widespread use of prevention measures, such as masks 16/09/2021

The patients and staff at Vall d’Hebron wish you a Happy New Year and Good Health in 2018!

The Master's Degree in Biomedical and Translational Research is an official programme created to train researchers with the requisite combination of scientific knowledge and skills to contribute to the future success of biomedical research.

The winning proposal for the transformation of the Vall d’Hebron Campus is the project directed by Jordi Badia, Antoni Ubach and Miquel Espinet. The project presented by the architects includes a new research building for the Vall d'Hebron Research Institute, with an expandable area of 5,000 m2 and a budget of €15 million funded by ERDF (European Regional Development Fund).

The Vall d’Hebron Research Institute is more than 20 years old. Dr. Simon Schwartz, the first Director, and Dr. Joan X. Comella, current Director, talk about how it started, the day-to-day and the future of a world-leading institute.