Dr. Manuel Comabella and Dr. Sunny Malhotra have been recognized by Fundación Merck Salud for their research on prognostic factors for multiple sclerosis.

The MS Solidarity Awards are aimed at the ideas, people or projects that have been the most valued or recognized within the world of multiple sclerosis nationally this year. The awards have two categories, collective and individual, being in the latter where the Vall d’Hebron researchers have received recognition as professionals who, with their efforts, work to help people with multiple sclerosis.

Specifically, researchers have been awarded for their research, which aims to identify prognostic biomarkers for multiple sclerosis with the potential to become therapeutic targets. Among them, they have identified two factors (IL1B and NLRP3) in patients with primary progressive multiple sclerosis, a clinical form with a greater degenerative component for which the therapeutic arsenal is currently limited. 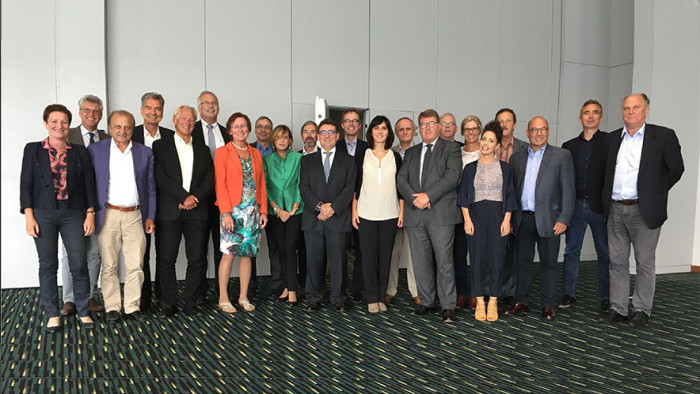