The campaign consists on the collection of micro-donations, rounding up the cents of the purchase, to help this study led by the Vall d'Hebron Research Institute (VHIR).

Vall d'Hebron starts today a campaign in collaboration with the Caprabo supermarket company, with the aim of raising funds for the Vall d'Hebron Parkinson Initiative (VHIP) research project, aimed at developing biochemical markers for the early detection of the disease. The campaign consists on the collection of micro-donations, rounding up the cents of the purchase, to help this study led by the Vall d'Hebron Research Institute (VHIR).

To support the initiative, which is part of the Caprabo Solidarity Cent program, customers of the supermarket chain can make small donations, voluntarily and confidentially, at the checkout counter. In addition, they have the option of doing it also online, through the Caprabo website.

Currently, Parkinson's is the second most common form of neurodegenerative disease. In fact, in Spain it already affects about 120,000-150,000 people. It is characterized by a progressive loss or degeneration of neurons that participate in the control of movement, which will lead to characteristic motor symptoms of the disease such as rigidity, tremor at rest and slowness of movement.

However, this neuronal degeneration in patients begins years before the appearance of the first motor symptoms, so that, at the time of diagnosis, the patient has already lost a large number of neurons, which makes it difficult to develop new treatments. For this reason, it is essential to develop research projects like this one, which help to detect Parkinson's early, preferably before the first motor symptoms appear. Furthermore, the discovery of early markers for this disease could allow its application to the general aging population.

The research will be carried out in people who are at high risk of suffering from this disease, as they are carriers of genetic mutations that predispose to the development of Parkinson's or when they present non-motor symptoms, manifested years before the motor symptoms. The study will be based on obtaining samples from the patients participating in the study, the processing of said samples, and their subsequent genetic analysis by means of sequencing by panels of genes and genetic modifiers and metabolomic analysis by nuclear magnetic resonance and mass spectrometry. In addition, dissemination days will also be organized for patients and their families about the disease and research projects.

Dr. Miquel Vila, head of the Neurodegenerative Diseases group at the VHIR, stressed that “this type of initiative is essential to support Parkinson's research and, in the particular case of our project, it will be essential to obtain biochemical markers that allow detection the early onset of neuronal loss related to the disease and, therefore, to be able to develop new treatments to stop or even prevent the disease”. 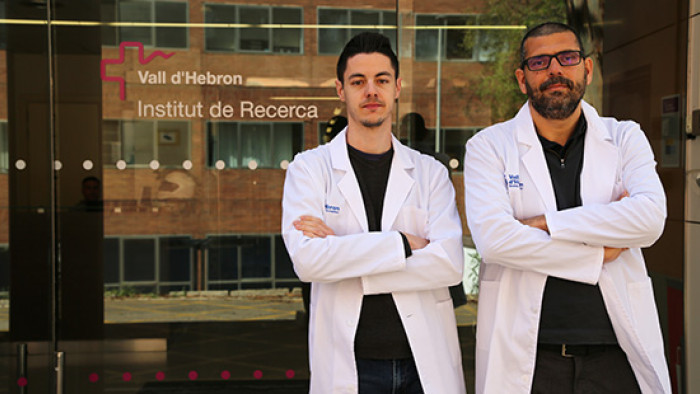