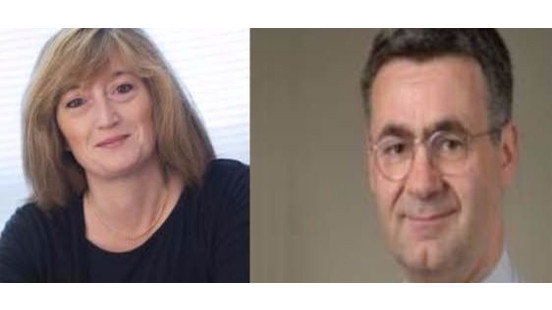 "Mutation-Specific Precision Therapy: The COL6 related Dystrophies and Beyond"

Dr. Bonnemann received his MD from Freiburg University, Germany. He completed pediatric training and venia legendi (Habilitation) in Germany. Residency in pediatric neurology at MGH/Harvard was followed by postdoctoral work with Dr. Louis Kunkel at Children's Hospital Boston working on the molecular genetics of muscular dystrophy. In 2002 he joined the Children's Hospital of Philadelphia/University of Pennsylvania as Assistant Professor, Co-Director of the Neuromuscular Program, and Director of the Neurogenetics Clinic. He joined NINDS in 2010 as Senior Investigator and Chief of the Neuromuscular and Neurogenetic Disorders of Childhood Section. Dr. Bonnemann was a Pew Fellow in the Biomedical Sciences. He received the 2009 Derek Denny Brown Neurological Scholar Award. Research in Dr. Bonnemann's laboratory revolves around molecular mechanisms underlying early onset muscle disease (congenital muscular dystrophies, congenital myopathies, and reducing body myopathy). The laboratory's goal is to identify the genetic and cellular mechanisms in these conditions in order to develop strategies for molecular-based treatments

"Gene therapy of myotubular myopathy : from proof of concept in animal models to a clinical trial"

Dr Buj Bello heads a research team at Genethon which is developing innovative therapies for inherited neuromuscular diseases, and is in charge of a translational program on gene therapy for myotubular myopathy.She received her degree in Medicine and Surgery from the University of Lleida, Spain, and a PhD in Neurosciences from the University of St Andrews, UK. She also obtained a diploma in Myology from the University of Pierre et Marie Curie, France. After a post-doctorate at the Institut de Génétique et Biologie Moléculaire et Cellulaire (IGBMC), France, she joined the INSERM in 2004 and has worked at Genethon since 2009. She received the Outstanding New Investigator Award from the American Society of Gene & Cell Therapy (ASGCT) in 2015.