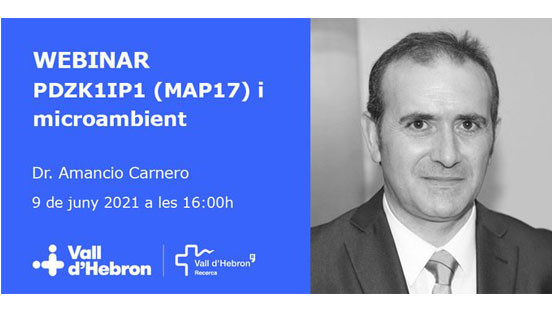 Inflammation is a common defensive response that is activated after different harmful stimuli. This chronic, or pathological, inflammation is also one of the causes of neoplastic transformation and cancer development. MAP17 is a small protein localized to membranes with a restricted pattern of expression in adult tissues. However, its expression is common in destabilized cells, as it is overexpressed both in inflammatory diseases and in cancer. MAP17 is overexpressed in most, if not all, carcinomas and in many tumors of mesenchymal origin, and correlates with higher grade and poorly differentiated tumors. This overexpression drives deep changes in cell homeostasis including increased oxidative stress, deregulation of signaling pathways and increased growth rates. Importantly, MAP17 is associated in tumors with inflammatory cells infiltration, not only in cancer but in various inflammatory diseases such as Barret’s esophagus, lupus, Crohn’s, psoriasis and COPD. Furthermore, MAP17 also modifies the expression of genes connected to inflammation, showing a clear induction of the inflammatory profile. Since MAP17 appears highly correlated with the infiltration of inflammatory cells in cancer, is MAP17 overexpression an important cellular event connecting tumorigenesis and inflammation?

CV: Amancio Carnero was awarded with his Ph.D. in Molecular Biology at the Univesidad Autónoma de Madrid, Spain, in 1994, for work on ras signal transduction pathway at the Instituto de Investigaciones Biomédicas (CSIC). He moved to the Cold Spring Harbor Laboratory, USA, where he worked on strategies of gene isolation based on function in mammalian cells in D. Beach´s Group. Armed with a long term Postdoctoral Fellowship granted by the European Molecular Biology Organization (EMBO), the period 1997-2000 was also spent under the supervision D. Beach, as Senior Research Fellow at the Institute of Child Health, London, UK. His research interests focused on the cell cycle, replicative senescense and cellular immortalisation. Carnero was to spend one further year in London based at the Wolfson Institute for Biomedical Research, as Senior Lecturer, before returning to Spain in 2001 to assume his position as Head of  the Assay Development Group, Centro Nacional de Investigaciones Oncológicas (CNIO), Madrid. At the end of 2009, Amancio moved from Madrid to the Biomedical Institute of Seville (IBIS/CSIC) to lead the Molecular Biology of Cancer Lab.